As the name suggests Todoist is an app for tracking todos. I’ve been using it for the past couple of months during which it has become a daily companion in my quest for getting things done without forgetting half of my stuff (which – if you know me – is a common occurrence).
The basic feature set is quite straight-forward: The app lets you create tasks which by default end up in the “Inbox”. Todoist has native apps for macOS, Windows, iOS and Android. There’s also a web client in case you need to update your tasks on-the-go. For me personally the integration with Amazon Echo is particularly useful. Adding a new task is as simple as saying “Alexa, add a task…”.
Once you’ve created a task you can decide to assign your tasks to a project (e.g. “Work”, “Personal”, etc.) either right away or later on when you have a few minutes to spare. Each task can also be tagged to make it easier to find groups of specific tasks. For example I have two tags “LowEnergy” and “HighEnergy” so I can later on find all tasks which are either easy or hard to do. Tasks can be set to re-occur at specific intervals which range in complexity from “daily” to “every last friday”. 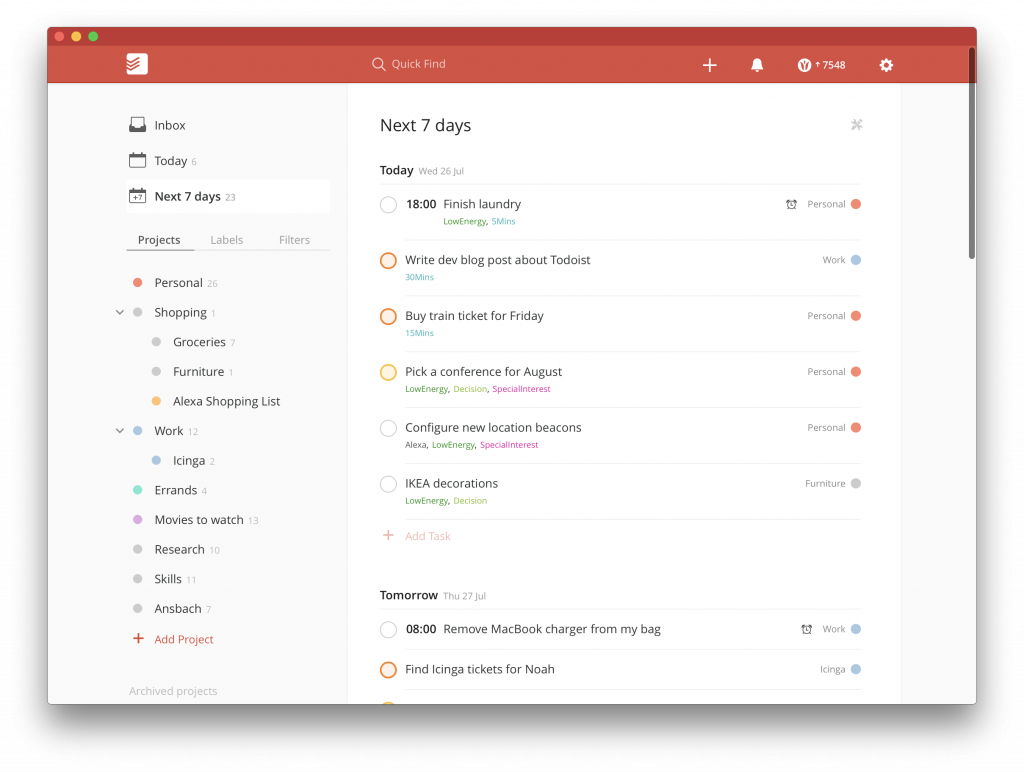 The mobile app supports location-based reminders. I have a recurring task “Get cash from the ATM” which the app dutifully reminds me about when I pass the ATM on my way to work.
I wouldn’t go so far as to put Todoist in the “life saver” category, however it has definitely become an integral part of my daily workflow. Consider giving it a try… even though unfortunately it isn’t entirely free.