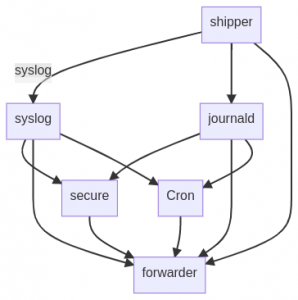 I replied “yes”. And a second later, “there are even several!”.

But although the nerd density at FOSDEM is ridiculously high, I’m not sure he got that boolean joke “Are you going for lunch now or later?” “Yes.” … so, in the faint hope that, that guy will stumble upon this blogpost and hopefully as a nice read too many others, let me elaborate on that a bit.

Stonebraker in fact did the spinoff “stunt” with Ingres which exists until today. However he returned to Berkeley to continue research on a “Post-Ingres” system, “Postgres”. Yada yada yada, long story short, Postgres was basically handed over to a group of enthusiast who kept working on it and turned it into PostgreSQL over time (we’re discussing the mid-90’s here). Some of those initial enthusiasts are still actively working on the project btw., one, Bruce Momjian, even attending FOSDEM on a regular basis!

The database system today is “owned”, which is in fact impossible due to the ridiculously open license, be the PostgreSQL Global Development Group, a non-profit that mainly runs the different postgresql.org sites. Alongside, there are several national & international non-profits, e.g. PgUS, PgEU and countless local usergroups, see the community page to get an idea.

Some of these companies offer proprietary products that base on PostgreSQL. Also, there were “spinoffs”, companies that took the PostgreSQL code and ran with it, making something new of it. Just as well, some of these still exist and make good business.

Still, these people are probably working for those companies, because they are major contributers. E.g. Tom Lane these days works for Crunchy Data, but has been working for e.g. Red Hat and Salesforce before (rumours are that Salesforce hiring Tom was a huge factor in the Salesforce-Oracle “war” and led to their 2013 partnership – most probably due to a massive discount that Salesforce were willing to agree to…).

Most corporate code contributions stem from their customers’ requirements. Some improvements go to the proprietary variants first, very few go there only. However, the ultimate goal usually is to get a feature into the core product, so mainline, community PostgreSQL.

There are only few, if at all, companies that “span off” the kernel, but the vast majority of code contribution these days is coming from corporations or their employees.

Some of these in turn “sell” Linux as distributions, essentially subscriptions today. Their share of Kernel contributions is a huge selling point.

All of those contributions still go over the “benevolent dictator“‘s desk or one of his aides’ and thus have to fulfil certain requirements. And the distributors agreed years ago to only include mainline features in their products, to avoid fragmentation.

While being an Open Source product and even being GPL-licensed as Free Software, MySQL was never renowned for being very open to contributions, however MySQL AB and SUN were striving to improve the product, based on what the “community” was wishing.

Oracle, being the major player in the RDBMS market, obviously has no interest in improving a “free” piece of software to a degree that it could effectively cannibalise their core product … so, the MySQL founders founded MariaDB and took a significant part of the MySQL developers with them.

Both products still evolve, but development is steered and driven by Oracle and MariaDB respectively (no idea what I should think of the MariaDB Foundation, to be totally honest), so probably to a good degree by the marketing departments and in Oracle’s case, fenced by the limitations from “above”.

Sure, you can get support from independent companies (many of those also offering PostgreSQL services, btw.). However, any large customer like financial institutions, the public sector, etc. prefer to go “straight to the source”, so chances are that offering support will stay a niche market. Percona maybe being the exception.

The “NoSQL” market is (IMHO) to a certain degree a reply to the pricing policy of RDBMS vendors and the “better safe than sorry” mentality of many IT managers. But that’s a different story …

So, an “enterprise” product is introduced, or a dual-license model, or a cloud service with limitation of competitors’ ability to offer such, etc. pp.

In essence, these are often Open Source products, but not Free Software. They sometimes get crippled beyond recognition.
The communities could sometimes be called that way because the mawning people in the forums are “managed” by “community members”.

Short: No.
Longer: Sure, e.g. Oracle could probably buy one or most of those companies, but the product PostgreSQL is not “theirs”. I mean, even MySQL was forked after the acquisition of SUN …

We’ve seen PostgreSQL companies get bought, sometimes they even disappear from their “natural” markets.
But that had no significant impact on the project’s structure, pace or harmony.

PostgreSQL is much closer to the Linux model, coopetition of many companies, plus a fair share of “private” contributors, than to any other Open Source DBMS, relational or not.

As someone (was it Bernd Erk?) coined:
> “PostgreSQL doesn’t have a community, it is one!”