After a good conclusion of the first day of stackconf with lots of laughter, good food and indoor golf we started the second day of stackconf with a talk by Dewan Ahmed on “Do NOT click-ops your data infrastructure“. Here he explained why you shouldn’t just click-op your applications infrastructure, because this can easily get you in trouble when scaling up. He talked about the basics to keep in mind with infrastructure code, such as reproducibility, repeatability and consistency. He explained the challenges and concerns regarding infrastructure as a code approach for data infrastructure. Challenges were also highlighted, such as Configuration Drift or Security Issues in public modules. As a solution to standardize infra code he presented Terraform and showed a detailed demo where he also explained the code.

The second talk was by Kris Buytaert about the last 13 years of DevOps. In a humorous talk he presented how not everything in the DevOps culture has changed for the better. He started with how chaotic some requests were in the old days and how short the deadline was, and how the DevOps culture has evolved from then to now. However, he also talked about how some great ideas have been destroyed by the industry, how tools don’t help with the wrong culture, and how some big companies pretend to be agile but aren’t. Also a problem he sees is how the title DevOps is being softened by misrepresentation from recruits and too many companies are simply issuing DevOps certifications but not passing on the mindset. The gist of his talk was that DevOps is not about tools, it’s about the people involved. It’s not about the tools. It’s about change. It’s about the people.

Dotan Horvits’ third talk was about better observability with open source. Today’s monitoring world has the problem that it has to deal with large containerized environments such as Amazon or Netflix, where you need to monitor hundreds or thousands of services. Or services that are constantly being started, rescaled or stopped. In his talk, he goes into what Observability is and how it is defined depending on the requirements. He then goes into the three pillars of observability: Metrics, Logs and Traces. Afterwards he spoke about the most popular tools for the respective pillars, tools like Prometheus, Elasticsearch and Jaeger. Since tomorrow’s systems will continue to grow in complexity, I thought the talk was good because it points out future problems regarding monitoring and provides solutions on how to keep track of things despite a flood of tools.

You know when you’re supposed to build a service and end up realizing that you’ve built a serverless application? That’s the situation JJ Asghar of IBM had, which was to build out the IBM Cloud. In his talk, he goes into how he initially built the backend for the IBM Cloud using Bash, then Ansible. He humorously discusses the failures you have on the way to the goal, the technologies used and explained some internal code.

After lunch, Laura Ham continued with an introduction to Vector Search with Weaviate. There she presented how Weaviate delivers semantic results using keywords and machine learning. To do this, the data objects are stored in the database, along with a vector specification. This allows the data to be displayed in a 3D grid. With the help of APIs, one can interact with the data. It was also shown how a search pipeline is structured and how Weavite handles it. Finally, Laura showed a demonstration where she had searched for results based on keywords from the full data set of the English Wikipedia, as well as an image search.

These were just a few of the talks presented at stackconf today. As with all good things, stackconf did come to an end. But the time was filled with laughter, many new contacts and a lively exchange of knowledge and ideas. I thought it was great to see many customers of ours there in person as well. My personal thanks goes to the speakers and everyone who had helped organize so that the event could run smoothly. Hope to see you all next year for stackconf 2023! 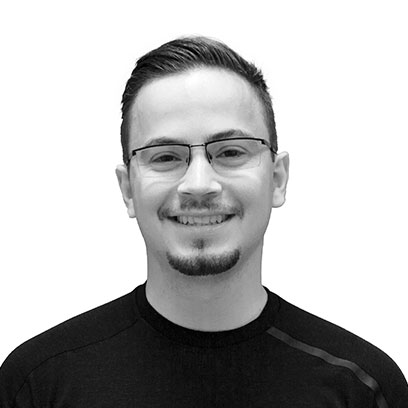