With almost 46,000 employees worldwide and revenues of EUR 8.6 billion – as of 2015 – T-Systems is Germany’s largest IT service provider. The Web Services business unit specializes in the implementation and operation of complex web solutions, hosting, application outsourcing and digital marketplaces.

With modern data centers in Magdeburg and Biere, applications and portals are operated for countless well-known customers, among others.

The main data center – and other organizationally assigned locations – holds a very extensive IT infrastructure as the basis for these applications. It is no easy task to maintain an overview and control in a heterogeneous network of this size. The individual departments have therefore always used monitoring software – but usually only in individual subareas or for special tasks in projects.

The main task of the project was therefore to implement a tool that could monitor the entire network and make its status transparent. In the search for the optimal tool, almost all commercial solutions that came into question were evaluated in addition to monitoring software. Since some monitoring systems had already failed in previous projects due to the complex task and the strong security requirements, the flexible expandability and the modification possibilities of the monitoring software through the Open Source codes were decisive in the decision. The overall cost of the project also made the monitoring software extremely attractive – compared to commercial competitors – because normally individual licenses have to be purchased for each monitored server and device.

Then – together with the network department and with the help of the monitoring software – all routers, switches and firewalls were integrated into the monitoring system. On this basis, the employees from the various application areas were able to integrate their machines into the network layout at the correct position straight away. This was done in individual workshops lasting several days, during which the T-Systems employees – with the active support of the NETWAYS consultants – integrated the systems they were responsible for themselves. At the end of the implementation project, i.e. after only 8 weeks, most of the systems in Kiel and Magdeburg were already integrated into the monitoring software. The T-Systems employees who were involved in the project were able to configure additional computers and, above all, special monitoring independently, since the joint setup in the workshops had built up corresponding knowledge at T-Systems.

The results of all monitoring at the various sites converge on a central monitoring cluster, so that the operating team and the individual operating departments can monitor the current status of the entire network at a single, central location. Similarly, reports on the quality of service can be generated at any time from the historical data. Thanks to the multiple monitoring software servers, this is even possible from the perspective of a normal user. 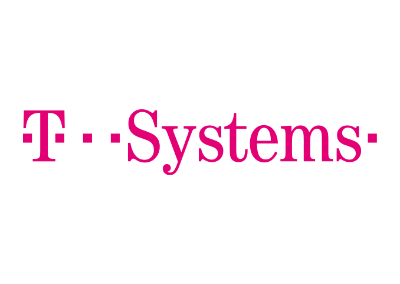