T-Mobile Deutschland GmbH – with its headquarters in Bonn – represents the mobile communications division of Deutsche Telekom AG. Founded in 1993 – at that time still under the name Deutsche Telekom Mobilfunk GmbH – the company is today the market leader in the German mobile communications industry with more than 39 million customers. Back then, T-Mobile had more than 5,480 employees at 12 central locations and branches in Germany.

T-Mobile has agreements with around 320 roaming partners that give customers of the “Mobile Network Operator of the Year 2008” (connect, 04/08) automatic access to their usual services even in foreign networks around the globe. In addition to conventional closed-source products, T-Mobile has also been using an Open Source software since 2003.

Due to high demands on individualization and the cost savings that could not be denied, monitoring software and Wireshark – a tool for analyzing network traffic – turned out to be the “best fit” solutions for use in the company’s roaming area. The rapid implementation and high degree of scalability also ensure that IT managers at T-Mobile are increasingly using Open Source solutions.

Since 2005, NETWAYS has been supporting T-Mobile in the deployment and scaling of monitoring software in the company. In the course of the cooperation, not only the in-house network was integrated into the monitoring, but also the data roaming in international GSM networks was established and continuously expanded.

Initially, the monitoring software was used exclusively to monitor the company’s own network. Today, it is the main monitoring system for ensuring GSM network connectivity and data roaming performance management, as well as normal host and service monitoring. The monitoring checks carried out by T-Mobile cover more than 450 foreign GSM networks and almost all countries that operate a GSM network.

In the course of a monitoring workshop for the implementation of the charting tool Monitoring-Grapher developed by NETWAYS – a monitoring add-on for the generation of graphs and performance charts from the return values of the monitoring with the monitoring software – the existing monitoring environment was extended. After completion of various live tests with a special test system, which were carried out across both data centers, the problems that had come to light were solved and the system was successfully taken over into normal operation. In addition to the high availability achieved by the virtual environment, there is another advantage: in the future, only one system will need to be maintained.

The performance monitoring, which was adapted by NETWAYS exactly to the needs of T-Mobile, offers a significant simplification in terms of monitoring management. Charts are created from the collected data, which allow a precise analysis of the monitored systems. In this way, the information obtained on the availability of services & servers can be used to identify long-term trends and create forecasts, so that any problems that arise can be identified and eliminated quickly and efficiently.

In 2008, the monitoring environment at T-Mobile underwent a comprehensive redesign. All three monitoring product servers in use were migrated from V2 to V3, while at the same time the usability and maintenance of the system was significantly simplified through the use of a template-based configuration. NETWAYS also provided consulting and support during the migration of the monitoring to a purely virtual platform, thus contributing to a considerable gain in flexibility and performance of the monitoring system. In the new setup, the monitoring software servers are set up redundantly as virtual machines: If a failure should occur, the failed component is immediately replaced by another server. The operation will be kept running – without any externally detectable disruption.

In addition, the rollout of the monitoring to further T-Mobile networks in Great Britain, the Netherlands, Austria and the Czech Republic is planned, as well as the adaptation of our existing plug-ins to the constant changes within the GSM network. Also in view of the further upcoming projects, in which NETWAYS supports us not only in the area of monitoring, we are looking forward to an interesting and further successful cooperation”, says Christian Hirsch, System Engineer Int. Roaming at T-Mobile. 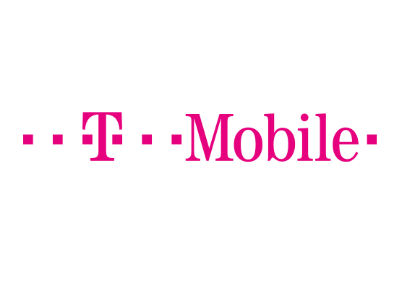