In 1870, a competition for a refrigeration system to crystallize kerosene prompted Carl von Linde, a professor at the University of Munich, to take a close look at the theory of refrigeration machines. As early as the end of 1873, his first experimental machine was used in a brewery in Augsburg, and on August 9, 1877, he received a patent for his refrigeration machine from the Imperial Patent Office in Berlin under number 1250. The “Gesellschaft für Linde’s Eismaschinen” (Company for Linde’s Ice Machines) was founded in Wiesbaden in 1879 to market this invention on an industrial scale. This technological lead resulted in the Refrigeration Division of Linde AG today being the European market leader in the manufacture of refrigeration equipment of all sizes: With 50 worldwide sales offices and production facilities in eight countries – in the refrigeration sector alone – more than 6,200 employees generate sales of approximately 879 million euros per year (2002).

By being able to detect server and network problems before they occur or to eliminate them more quickly, user satisfaction was to be significantly increased and system availability was to be improved. In addition, administrators should be notified of problems through a wide variety of channels, including email, SMS, pager and phone, as well as instant messaging. According to Linde Refrigeration, it should still be possible to generate meaningful statistical data to forecast long-term trends. In addition, Linde Refrigeration also wanted to create a simple, fast and browser-oriented way for management to get information about the current status of the network in one central location: In short, all isolated applications had to be replaced by a central system.

Since Linde Refrigeration had very good experiences with free software and Linux in previous projects, open source alternatives were again very popular for this project. Especially the possibility to make changes to the source code by themselves and thus to adapt the system even better to individual problems had a high priority. Thanks to the contact established between Linde Refrigeration and NETWAYS at this early stage, because NETWAYS was able to support the monitoring team around Martin Keusch with extensive information on feasibility – even during the decision-making process. Before contacting Linde Refrigeration, NETWAYS had already developed an interface that is particularly easy to configure and extends the monitoring software in this area. At the end of the test phase, the strategic decision in favor of the monitoring software and the cooperation with NETWAYS as an integration partner was made personally by the CIO of the Linde Refrigeration Division, Dr. Jürgen Overfeld.

The actual on-site implementation was then carried out in a five-day joint workshop to enable rapid commissioning of the system and to reduce additional training effort as much as possible. At this workshop, 130 servers and network devices were included in the monitoring, which was to be expanded again to 200 devices in a further workshop. In addition to the general availability, the provided services of the systems are also monitored, and therefore the monitoring software server checks over 2,000 potential error sources for correct functioning. During this workshop the NETWAYS consultant developed a template-based configuration together with the administrators of Linde Refrigeration, which could save a multiple of the normal configuration work and reduce the necessary working time to a minimum, especially in case of later changes.

The investment in the implementation of the monitoring software and the consulting services provided by NETWAYS paid off after a very short time already, as within two months of implementation, five specific failures could already be prevented. But the administrators are also relieved in their daily routine work and can now better focus on their core tasks: “As you can certainly imagine, it is not possible to keep an eye on all possible sources of errors in our infrastructure every day. The monitoring software now takes care of this for us – completely automatically – and reliably notifies us of impending problems or failures. Every five minutes, hundreds of possible error sources are queried and checked,” says Martin Keusch, the project manager responsible for the monitoring software implementation. “The monitoring application has completely fulfilled our expectations in terms of functionality and efficiency. Due to the complete elimination of license costs and the short implementation time, we were able to achieve an almost immediate ROI,” says Dr. Jürgen Overfeld. 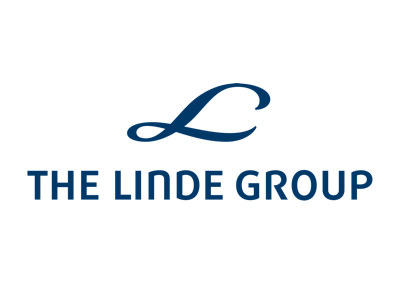