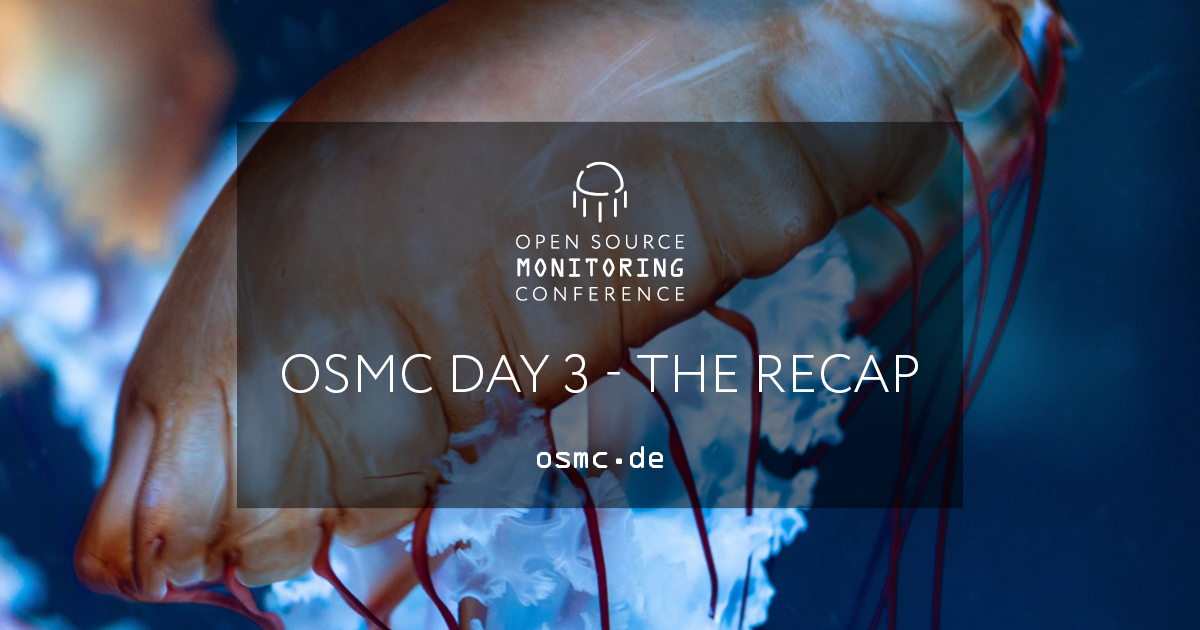 The third and last day of the OSMC 2022 has come to an end. Once again it looks like there is not enough time for all the talks be heard and all the conversations to be had. But waiting until everyone is bored would likely be worse. I visited some of the talks of this day, which I would like to mention. This is, by no means, a testimony to the quality or ingenuity of those or other talks, I haven’t seen, but rather a consequence of personal interest and limited time. Here is what I learned:

The biggest german railway company, the Deutsche Bahn, is, as are probably most railway companies, not know for the quick adaption of new trends or their cutting edge technology. This is in many cases, not the worst thing, since this lets the technologies hypes die down until they do something actually useful. Transporting people and cargo across great distances at high speed is not a field for ill-conceived
expermentation.

Nonetheless at some point, newer technological developments carry the possibility of improving the current situation. And the increasing maturity of IoT (“Internet of Things”) things led to an interest in the possibilities in the big world of managing a railway infrastructure. The amount of mobile and non mobile machinery and other assets is stunning and the maintenance or even keeping inventory is a rather complex task.

The increase of availability and ease of use of small sensor and networking devices can help here to create a more accurate picture of the individual systems. An example for this, mentioned in the talk by Holger Koch from DB Systel, is the observation of the amount of dust in the air in switch systems which are using electric relays. Measuring the amount of dust in the air allows a prediction of the need for maintenance to avoid errors. Complementary, unnecessary maintenance cycles can be avoided.

Many maintenance processes are on a fixed schedule and done to a specification which was developed at one point in time and is probably rather conservative. Acquisition of fine granular, new data could allow to analyze and improve those processes.

Holger presented here his experimental setup, which he uses to develop and discover these technologies. A collection of tried and tested components and a platform called ThingsBoard gives a stable basis, which takes care of a lot of the basic components like communications and the integration of and in other platforms. The platform uses some kind of open core model and should cover the use cases of most people in most situations.

The Ignite talks are, with their duration of only five minutes, easy to appreciate. The short duration forces the speakers to provide only a broad overview, which might interest even people foreign to the topic or very short little things, which might help for a specific problem. After a delicious lunch we’ve had the pleasure to listen to the Ignites “The O11y toolkit” given by Julien Pivotto and “Event Driven Ansible” by Sebastian Gumprich.

The O11y toolkit is a practical toolkit for using Prometheus to make usage easier for people who prefer WebUI and APIs.

Ansible is push based, but what if one could let it trigger automatically based on some event. There is a way now and here one got a
short introduction into Event Driven Ansible.

Sven Nierlein presented the newest version of the Thruk web interface to a crowd of happy users (or at least interested people). Thruk bundles multiple monitoring systems with the same interface together to present the user a unified interface. The main focus of the new version is mostly a revised look and feel. Some usage patterns and styles currently present in the web were differing increasingly from what Thruk presented before and while users were quite happy with the functionality, the interface was, to use a quote here, “ugly”.

The new interface looks quite modern and reworking it, was a chance taken to make the usage more intuitive and add some little changes to present better, more and|or better information or remove some unnecessary hurdles. For example, the introduction of a “copy to clipboard” button was not a huge change, but removes unnecessary time used for selecting and copying text and also the small error potential of not selecting correctly. So, a lot of “quality of life” fixes were introduced and can now be used, since the update is released and ready
for the rollout.

While this years OSMC has come to an end, I am already looking forward to next year! If you are interested in any of the above mentioned talks or would like to know what other talks were presented: Our conference Archives with all the recordings, slides and pictures will be released soon. Stay tuned!

It's time to spread some monitoring love! The next Icinga Camp will take place in Berlin on May 17, 2023 and you’re invited to join the event. This is your chance to share your newest findings, best practices, and Icinga expert know-how with the community. And to get...

Submissions for stackconf 2023 are now open! The event will take place on September 13 & 14 in Berlin and for it to take place at all, we are currently looking for speakers who will shape this year's conference program.   Why Speaking at stackconf The actual...