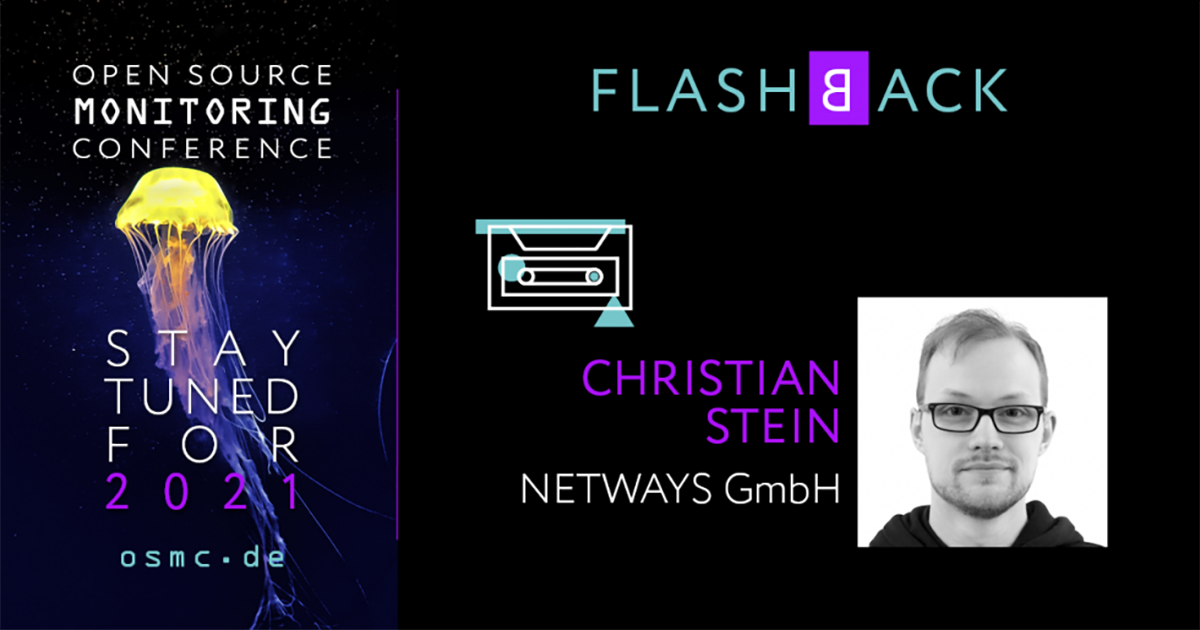 This year’s Open Source Monitoring Conference is going to take place in Nuremberg from November 14 – 16. It’s a three-day conference that focusses on open source monitoring solutions. As usual the first conference day is scheduled for our beloved workshops. Check out...

OSMC 2021 | Contributing to Open Source with the example of Icinga

OSMC 2021 | Use OpenSource monitoring for an Enterprise Grade Platform