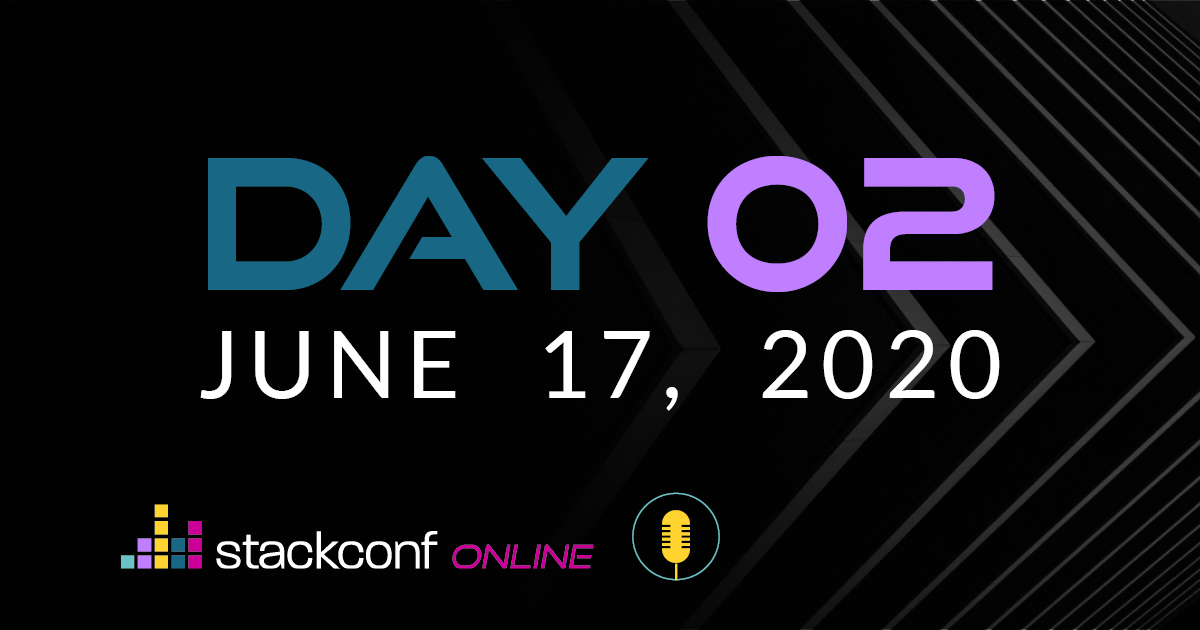 On day 2 of stackconf we were again warmly welcomed and perfectly guided through the day by our webinar guru Christian Stein who was of course joined by CEO Bernd Erk. And no, we are not sponsored by the Muppet Show. 😉 At this point, again a big thank you to all our speakers for their great contributions and to all our participants who filled the chat channels with facts and a lot of life and fun!

Today we also had many talks from great speakers! So let’s see what we were able to learn… 🙂

Day 02 started with Testing in Production

Jorge Marín started day 2 with his talk “Testing in production: Ideas, experiences, limits, roadblocks” giving a broad overview on how testing can be realized even in productive environments. Jorge started off by doing a little poll about testing and I guess that many people recognized themselves in the quesions. And no, even if he works at Dyson, we will not get a discount!

Right after we were able to join Michael Coté looking into Kubernetes: “The blinking cursor or kubernetes for people who aren´t supposed to use it”. After an entertaining introduction to his subject, Michael talked about the most important thing: How to get from the basic idea to the product by using the options that containers and CI/CD offer us. Then we were taken to a basic introduction to Kubernetes which was especially useful for beginners and a good refresher for users.

Sayantika Banik introduced us to debugging Django with her talk “Let’s Debug Django like pro” and made her introductory promise true by sharing really useful tips and tricks. But not only did Sayantika show debugging techniques, but she also introduced us to logging and what we would want to log. In the end, while doing a live demo she created an overview of her debug findings.

After a well deserved lunch break, Abhijeet Kasurde talked about “Ansiblizing your VMware REST API” and started off with a short introduction to Ansible. He furthermore gave an overview of the VMware REST API and continued with Ansible modules for VMware. Then again, spot at Kubernetes: Pranav Parikh led us through “Scalable testing infrastructure with Kubernetes and Concord”.  He emphasized that with a high number of deployments each day, it is not possible to keep up quality and stability without thorough testing. Therefore he introduced us to their testing engine Concord and their way of CI/CD with their Concord plugin for Kubernetes.

This was followed by two ignite talks that brought some nice variety into day 2’s program: Petar Radosavljevic did 5 minutes on “Infrastructure-level solutions for modern Microservices” and was joined by Daniel Neuberger giving his opinion on “Data&Service Quality First!”.

All COBOL fans were then introduced to “COBOL on Kubernetes” by JJ Ashgar. COBOL has been around since the 50ies and is still being used in mainframe environments, e. g. by government or financial institutions. First step of JJ’s talk was introducing us to the ETL pipeline which is used for integrating COBOL into Kubernetes. Want to have a look yourself? Join JJ on github.com/jjashgar/COBOL-on-k8s!

Nicolas Frankel gave his talk about “Real Continuous Deployment of JVM applications” by taking us into an experiment. First he introduced us to Hazelcast and its products and then we had a look at Continuous Integration and its components. He also did a deeper introduction to Hazelcast Jet which is set upon Hazelcast IMDG and is an Apache 2 Open Source JAR that can for example be used as a library improving your batching and streaming.

OpenStack was followed up by changing again to Kubernetes with Peter Zaitsev and his talk “The Path to OpenSource DBaaS with Kubernetes”. After a short recap of the beginnings of Open Source and how to install Open Source software, Peter showed us how to make access and usability of Open Source easier. Currently it is easiest to deploy it in the cloud. Therefore we went on to an example of Database as a Service as promised in the title. Good scalability and high availability are two benefits mentioned.

And last but not least, our well known colleague Florian Wiethoff from Braintower concluded day 2 by talking about “SecDevOps in der Cloud”. He took the chance to emphasize on te shared responsability between customer and cloud provider. Furthermore he introduced us to the special requirements of banks that include for example redundancy and access control. His recommendation for MULTICLOUD (Sec)DevOps is using Terraform as a basis.

I hope you are as much looking forward to tomorrow as me! See you all tomorrow! 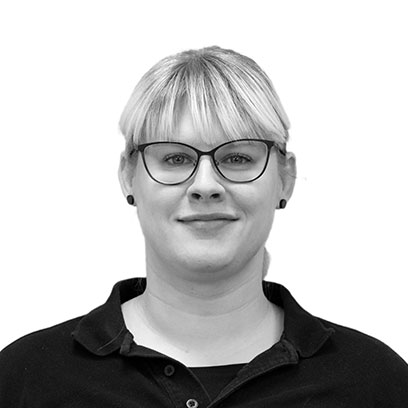