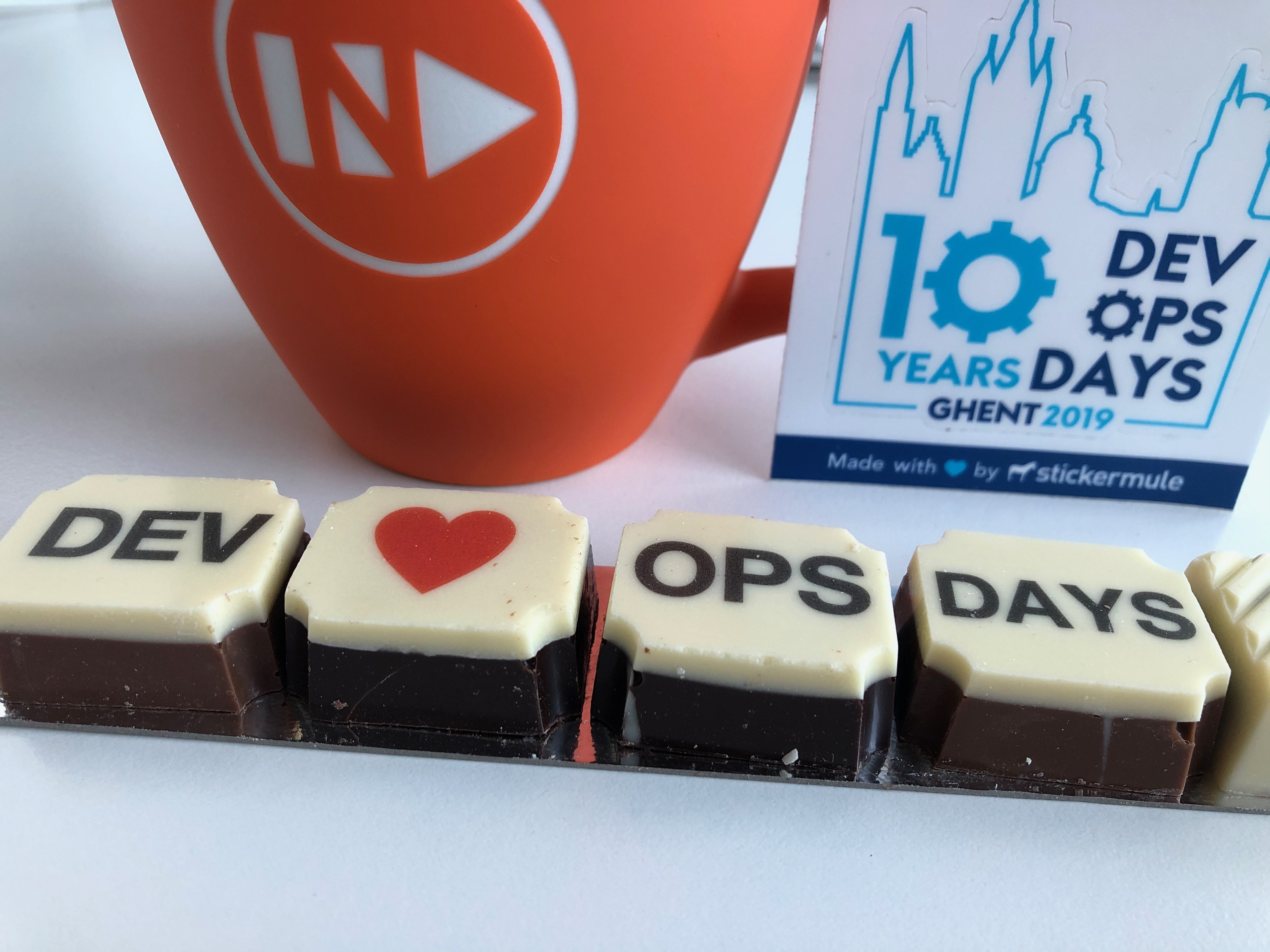 Ten years ago the DevOps movement was started by Patrick Debois and Kris Buytaert in Ghent. Who would have guessed that it could become such an innovative movement and community. Today we’ve seen more than 80 DevOpsDays all over the world on each continent. All with the love and help from the core organizers team.

The NETWAYS family made their way to the 10th DevOpsdays anniversary in Ghent to participate and celebrate with the community. This time it also was really special with attending many DevOpsDays organizers from all over the world.

From a historical view, DevOpsDays started out small. In 2015 they’ve started to document how to organize and create communities and it all spread around the globe. More than 50 different countries and organizers met on the first day sharing their experiences and have a good time together. As with anything else in the Open Source world, good documentation is key for the first success to move on and spread the love.

DevOps is a culture, not a job title

Patrick shared his journey with making new friends in a new company after leaving the DevOpsDays organizer team five years ago. He’s identified the bottlenecks and silos in every department, and they all solved it with learning from each other. DevOps also is about valueing others work and understand their feelings and emotions.

After 10 years with many DevOpsDays held all over the world, DevOps as a term still is used wrong and needs improvements. It isn’t just creating a new team called “DevOps Engineers” now replacing the ops team. Neither is it about putting devs on call letting them eat their own dog food. Anyone trying to sell you the perfect DevOps world from a marketing slide with certifications and job titles is just plain wrong. There are many great tools in the wild which can help with bringing the DevOps mindset into the enterprise environment. Not every company is able to immediately dive into the culture, sometimes it takes months or even years to encourage for a change.

DevOpsDays is about sharing these thoughts and emotions, care about diversity and tell you not the ordinary tech story but something to think about. Raise awareness that DevOps is about culture and finding the harmony in your daily workflows. Achieve goals and visions in a shorter amount of time, combine tools and be a role model with sharing your expertise. The DevOps movement is not only a place to sharing experiences with tools and best practices but also talking about work ethics, communication styles and soft skills. With overemphasizing on the technical toolchain, sociotechnity seems to balance this as well in many environments. Emotions are a thing, software is not only code.

From the full-stack engineers not writing device drivers to the most important message: Our definition of the “full stack” only covers what we understand, and not what’s actually required to run the application. Stop pretending that things are easy, being on call 24/7 doesn’t burn out and new products will solve old problems. Care about high performing teams with the need of psychological safety. Now wait for the recordings, these talks are really interesting to learn from.

Slides changing every 15 seconds, 5 minutes time to pitch your story. I like them a lot being entertaining and sometimes you just feel the speaker’s pain with “waiting for slide”. The tradition says that this actually was a malfunction of Kris’ Linux notebook 😉

That way we’ve heard stories about hot takes, myths and false hoods about DevOps and the danger of DevOps certifications. Before Jason could start his ignite, Kris jumped in announcing that ConfigMgmtCamp registrations are now open. In return, he announced DeliveryConf and jumped right into the meta story being ignites. Watch the recordings when available, it literally made my day. Since announcing confs in ignites was now a thing, Blerim did so too with IcingaConf next year before diving into “Why monitoring is NOT killing observability”. Monversability combing both is a good idea with moving from traditional blackbox monitoring to applications providing metrics and insights. On the other hand, watching graphs all days still requires business process dashboards to immediately visualize failure with alerts. Last but not least, learning about Kubernetes in 5 minutes really nailed it.

We really enjoyed meeting friends old and new and aside from the talks, exploring beautiful Ghent with Belgium waffles and beer. One thing to note – the half marathon from the ground up to the ball room with many stairs was hard in the beginning. On the other hand, our fitness trackers were very happy 😉

Thanks to the organizers and sponsors for the great event – onwards to the next decade!

PS: DevOpsDays Berlin is happening soon. And many more great events near your city. If you don’t have one, kindly contact the core organizers, they are all in with helping to kick-off an amazing event and culture.

August is always an in-between month at NETWAYS, some of us are on holiday and some are in the office or working from home. But it is also the last month before the new apprentices start, and last preparations are made as we look forward to getting to know them all....

This year is a little different compared to the years before – also kind of in a good way. Why? Here you go: Something To Talk About New Speaker Alert! We’ve added a bunch of new, confirmed speakers + their talks to the list, and more get added regularly – yay! If...