It all started with a GameBoy

It’s time to reflect and talk about video games. On how I got into programming and what drives me. 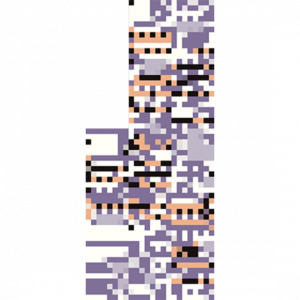 MissingNo: The glitch, the legend, my beginnings

Pokémon, the first generation Game Boy games. They were the first thing that made me wonder just how programs and computers work. Back in the late 20th and early 21th century Pokémon Red and Blue were the talk of the schoolyard, if you are Generation X or a Millennial you probably know what I’m talking about. Fake rumors on how to get the rarest monsters with absurd guides were floating around: Do X while Y and have two of Z but don’t feed them after midnight. What gave these urban legends credibility were bugs in the games which had seemingly unrelated steps lead to weird and for a child even scary results – from characters being cut up and incorrectly reassembled over save games becoming unusable to a constant, never ending screaming sound.

For those who have not played these classics, I’m talking about the now famous MissingNo Glitch. Now we know the bug is caused by incorrect read and writes in the game. The games were written in Assembly and the programmers had very limited memory and space to work with, something was bound to break and such bugs are not uncommon in early console games. Most kids were just happy to have an infinite supply of Master Balls, an item in the game that could only be acquired once in the game, or get their favorite monster to the highest level quickly. For me this was enough at first as well but as time went on I grew more and more intrigued by the bug. 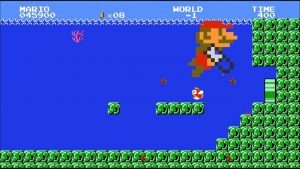 Minus World. A well known bug caused by incorrectly loading a level.

I asked my dad, he had no clue and neither did my mom.The internet was hard to use then still and I did not find my answers then. What I found was more confusing information and ways to manipulate the game, mostly collected by trial and error of other players, but there were also mentions of buffer overruns, memory violation and other terms I could not make sense of and didn’t hear again until I was allowed to watch The Matrix. This knowledge of the games made me the coolest kid on the playground for a while at least.

And after the Elite Four?

Only when I joined the local hackerspace and got involved with the CCC I finally got my entry point to the world of computers and programming. There was referred the book Learn Python The Hard Way and started writing code. Sadly none of my early work exists anymore, of git and GitHub I learned later still. The obvious choice then was to go to Uni and sign up for Computer Science class, three semesters I spent trying to wrap my head around the math needed to pass but ultimately quit because of it.

But my interest in programming was unbroken, I loved classes like Systems Programming which had assignments where you had to implement basic tools yourself, my own shell, my own email server, netcat – everything in C of course. That’s when I found my way to NETWAYS as an apprentice and have stayed here since, they let me write code. The code I write has changed, abstraction and new languages like Go have changed how I program but the lessons I learned from playing Pokémon in my bedroom still hold true: Sometimes it takes time to understand a bug.

If you’d like to join me in hunting bugs or talking retro games over a cup of coffee, head on over to our jobs page!

More posts on the topic Development