Monitoring – it’s all about integration and automation – OSMC 2017 Hackathon 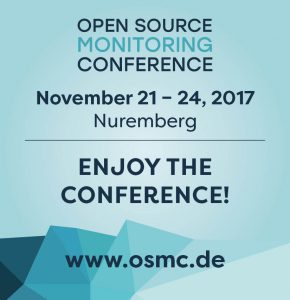 Also this year we organized a hackathon as follow up and managed to get about 50 people to work on actual coding. We started again with a small round of introduction so everyone had the chance to find people with same interests or knowledge needed. Afterwards people started to hack on Icinga 2, Icinga Web 2, different Modules, OpenNMS, Zabbix, Mgmt, NSClient++, Docker containers, Ansible and Puppet code or simply help others with configuration and other tasks to solve in their environment.
Here is a list of some things developed or at least designed today:
* Tom accepted and improved some of my pull requests, so the director got more property modifiers
* He also was working on improving notifications to allow managing them via a custom attribute of hosts and services
* Markus was improving Icinga packaging resulting in new package releases for SLES and support for Fedora 27
* Bodo was trying to move the ruby library for Icinga 2 to 1.0.0 release and got valuable input by Gunnar for displaying API coverage
* Thomas improved his diagnostics script for Icinga 2 to help with troubleshooting
* Nicola was working on a graphical picker for the geolocation in the Director for his awesome map module while getting several other ideas and requests
* David started a Single Sign On module for Icinga Web 2
* Mgmt got some improvements by Julien, Toshaan und James
* Michael was working on Elastic integration and web based installer for NSClient++
* Gunnar and Michael discussed so many features they actual did not find time for hacking, but keep our eyes open for Elastic 6 support and datatypes for arguments
* Steffen, Blerim and Michael discussed how to fix a problem with running two Icingabeat instances which now could probably be solved
* Stephan finally solved the management issue of red alerts in Icinga Web 2 😉


Furthermore an impressive amount of knowledge was transferred, user questions got answered and problems got solved. One thing I am really happy about seeing one user to use the URL encode property modifier only minutes after being accept by Tom to create Hostgroups including membership assignment from PuppetDB. But I want to end this blogpost with one really cool thing Dave from the Australian Icinga Partner Sol1 showed us. This map displays all pubs in Australia because it monitors Satellite receivers to visualize any large outages for Sky Racing Australia. 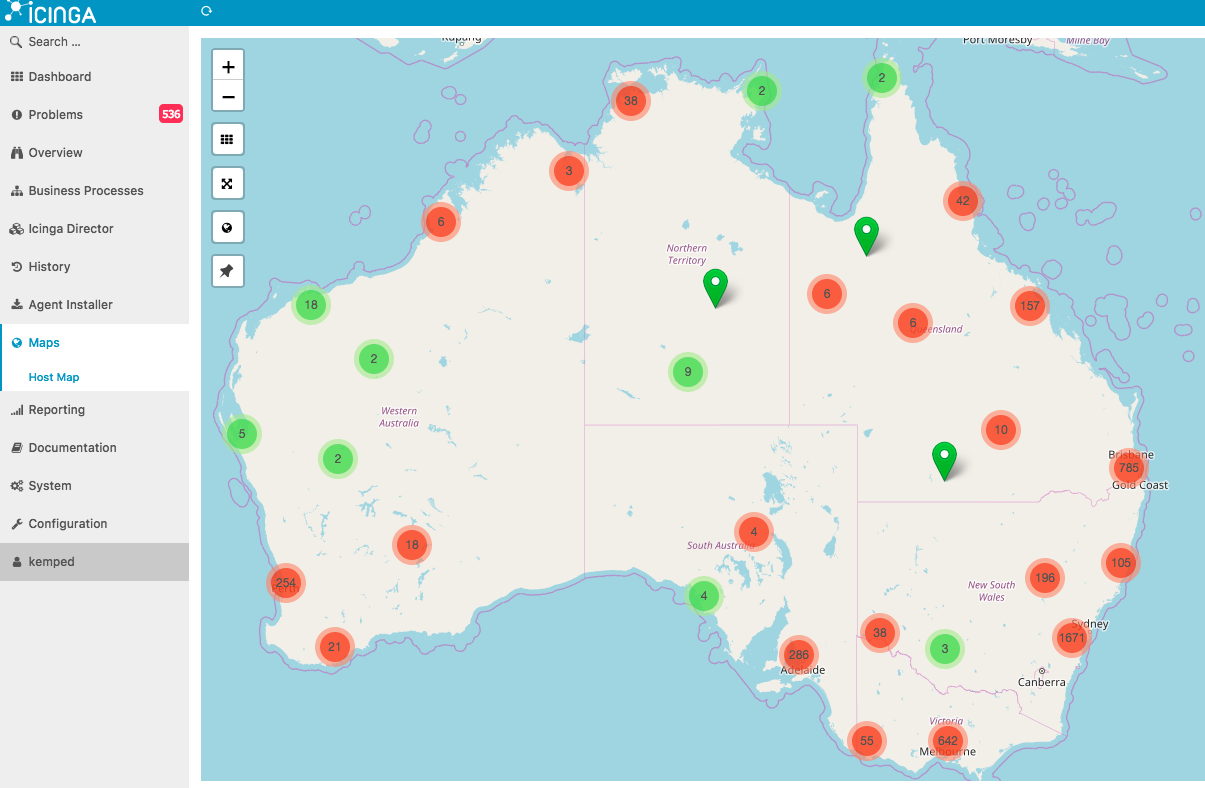 So have a nice weekend and keep on hacking.

Automate Icinga for Windows with Ansible

This article will cover how to automate the monitoring of your windows infrastructure with Ansible and Icinga for Windows. For that, I developed a new Ansible role which you can find here: https://github.com/DanOPT/ansible-role-ifw The role will allow you to manage...