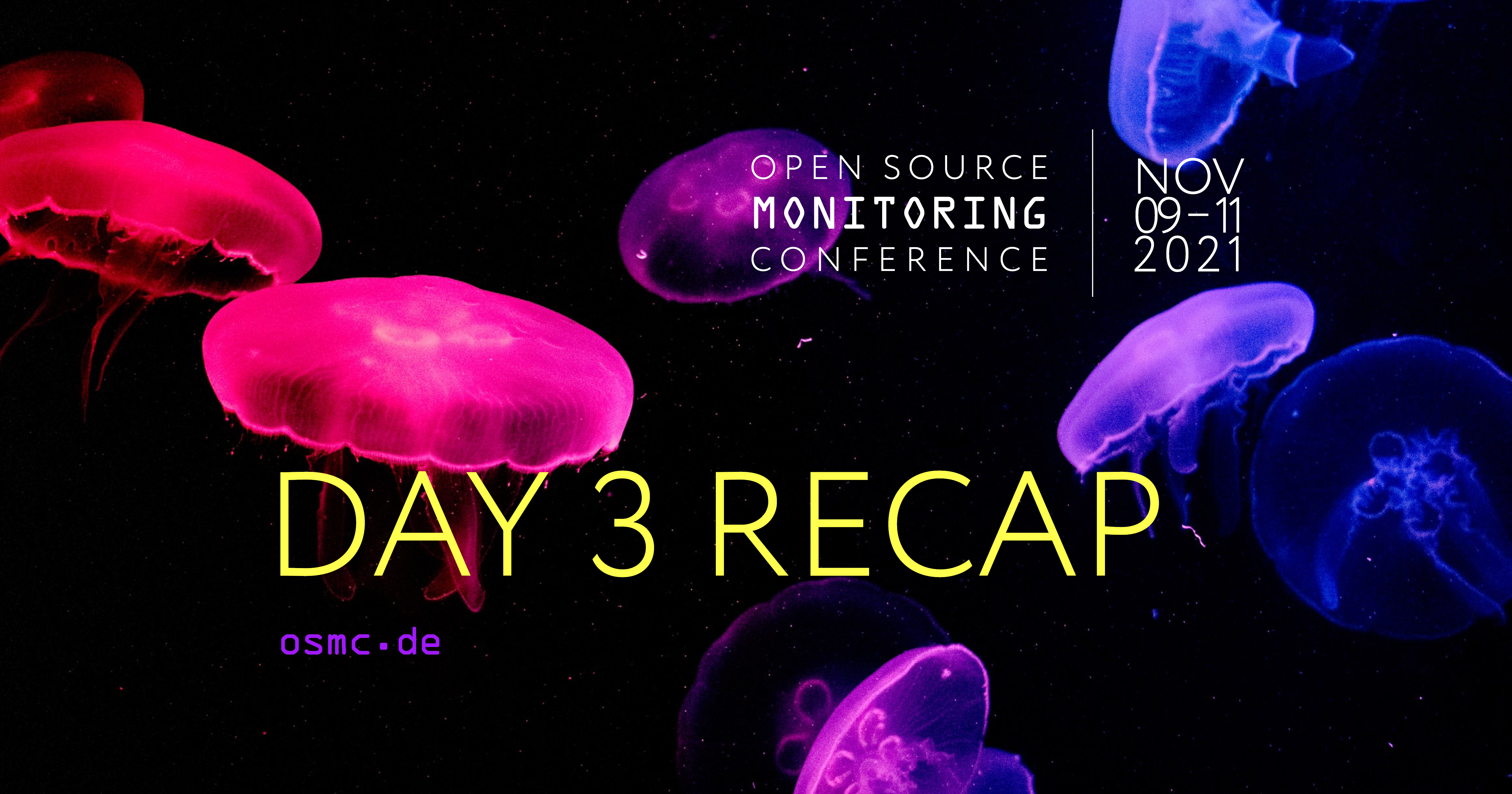 The third and last day of the OSMC 2021 concludes the event for the year and, appropriatly, it is rather calm. Where the other days were full of talks, today only two events took place. Due to the smaller number of participants these take place in the NETWAYS / Icinga office space and bring back some life to rooms, which were rather empty in the last year.

In the container ecosystem, Kubernetes is an important player and worth taking a look at. Deploying, scaling and maintaining large systems is never an easy task and this is true for container-based environments, too. While Kubernetes may provide the tools and possibilites, it is a complex tool and must be administrated with care and knowledge. Often the time, the space or the helpful tutor is lacking, when one wants to experiment with a new „thing“ and, for this reason, the OSMC Hackathon provides all of the aforementioned circumstances.

The participants can just get accustomed to the Kubernetes environment, try a small example application under helpful supervision or try to apply some freshly learned knowledge, gained at the conference, to this environment. In my experience the first and one of the biggest hurdle for a new tool/language/environment is to get accustomed to wording, the semantics of all the specific terms. While the underlying technologies are often similar to a certain degree, often each project is its own world. Trying to get accustomed to to a new world without a stepping stone to help one to map unknown parts to a known equivalend and understand the intersections and purpose of the component is a huge and difficult task. In the OSMC Hackathon Sebastian Saemann, Head of NETWAYS Web Services and Kubernetes expert, helped with getting into that system easier, explained the basics and the common pitfalls. 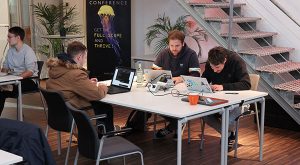 Different groups chose different paths to use this time. One group decided to setup a small container environment which hosts GitLab as an application, with the usual components, proxy, load balancer, storage and CI runners. The setup in itself might not surprise or astonish Kubernetes veterans. But the for the beginner, it is difficult to interact with the environment. For example just connecting directly to a single container requires one to know the proper commands. The Kubernets setup does add a lot of complexity to setup initially, but it might pay off, if the application need be scaled up for higher loads/more traffic. Another group worked on integrating Jaeger in a Kubernetes setup with a simple web application. Inspired was this scenario probably by some of the talks on the conference, especially this one. 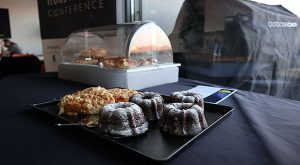 The OSMC Workshop centered around a, in comparison to the previous topic, rather convential theme: the integration of a directory with user data, which speaks LDAP, (for most people: Windows AD) into the Icinga ecosystem. If you are the lonely admin watching over the monitoring, creating credentials for yourself might be enough (is the login name ‚icingaadmin‘? ;-)). But maybe your colleagues want to have a look at that fancy interfaces too, to see if their machines are still running. While this might be all good and proper, some of them might get the idea to try their luck with the Director and might, completely by accident of course, delete some of the services, change some intervalls or ruin the proper order of things in one way or the other. So, roles need to be created, permissions applied and users mapped to some groups, to preserve the integrity of the system.

Instead of taking the hard way to their destination, with all the pitfalls and easily made errors, the participants were here in the heartful care of NETWAYS Senior Consultant and Icinga expert Lennart Betz, who happily provided them with the knowledge from his rich experience in the Icinga environment.

For me, it was a really nice event and I hope that this was also true for the other participants. The OSMC might be over for this year and until we can hopefully meet up again next year, we wish you all a safe passage homeward and stay warm and healthy.