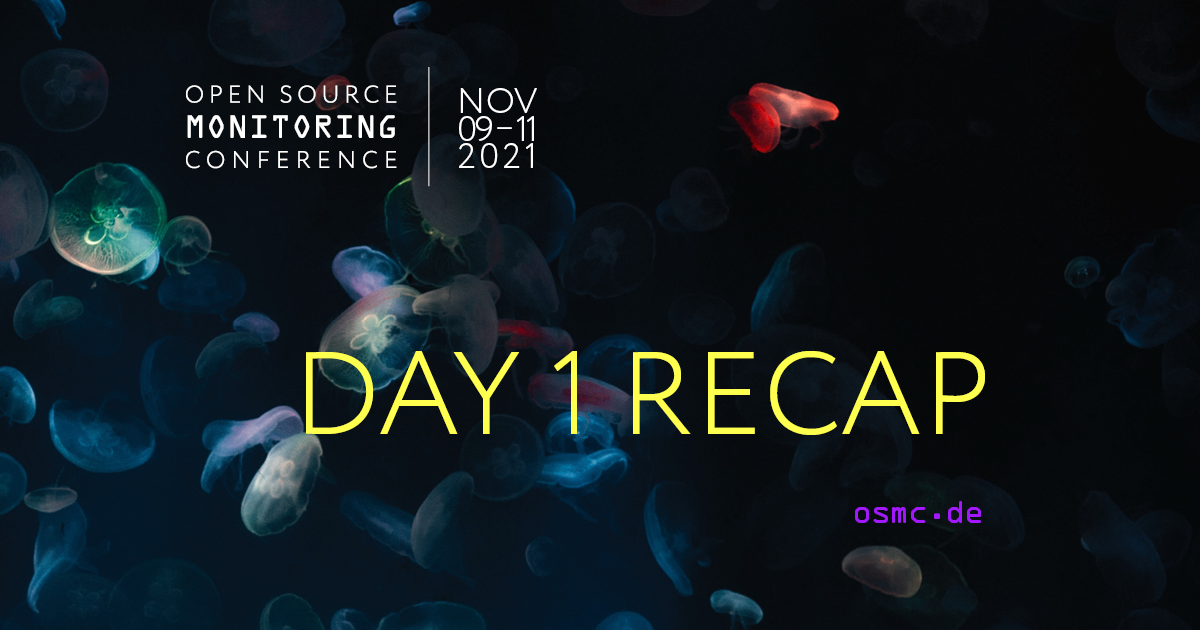 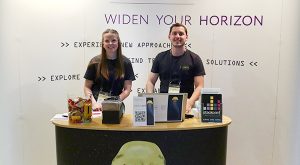 It’s time for OSMC again and contrary to recent event experiences, it is in presence with real people! And it is nice for a change! A full program offers much input to the visitors and showcases the things people created or changed since the last OSMC. After the cordial greeting by Bernd, the talks started. A small selection of these I will mention here.

On the bleeding edge of…

„On the bleeding edge of Open Telemetry“ was the topic of Philipp Krenns talk. The growing complexity of current application deployments and the resulting difficulties in detecting and analysing errors in distributed systems are a growing problem for developers and conventional methods are reaching their boundaries. A request/action/… that passes through such a system might result in an error at one stage, but the cause might lie at an earlier stage and without that context from the earlier stage, it might be very hard to find the actual cause. 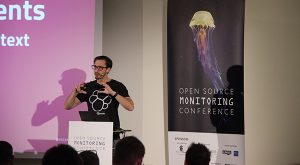 To provide this context is the obvious idea, but not one which is easy to realize. Messages have to be „tagged“, logged and the resulting data put togehter. This presents a lot of problems, components must be able to work with those messages while keeping the context together. Tracing produces a lot of overhead, so it should probably only be done with samples, which causes the next problem of finding a representative sample. Of course several systems/software pieces were built to provide this functionality and, of course, they won’t talk to each other. In the best tradition of this XKCD comic the solution should be a unifying open standard to make it possible for different systems to interact in the task of tracing. Several implementations of OTel (Open Telemetry) in different languages exist to this date and should allow integration in other applications.

At the end of the presentation Philipp provided a live demonstration of tracing in a demo system with the Elastic Stack with nice graphes and a lot of information about single queries with all the context added by the different parts of the system. 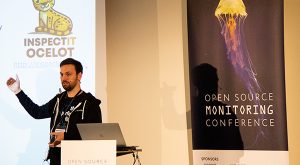 Marius Oehler deepened the topic then with a talk about „inspectIT Ocelot: Dynamic OpenTelemetry Instrumentation at Runtime“ where the specific task of generating telemetry data in Java applications was further investigated. Especially interesting is the approach, which requires none or minimal changes to the code of the application itself.

On contributions and databases 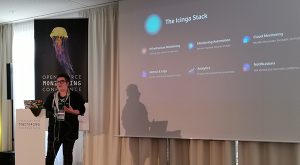 Our very own Feu Mourek gave a helpful overview about contributing to free and open software projects with „Contributing to Open Source with the example of Icinga„, hopefully inspiring people to give something back.

For all the people who suffer performance problems with their databases Peter Zaitsev showed a way to analyse the setup, the queries and several metrics from database setups. Very detailed and heavily customized Grafana dashboards and a monitoring agent to collect and process the interesting data points allow detailed and meaningful insights into the processes, only complete with powerful filters to find the needles in the haystack of a massive amount of data. If one is interested in optimizing the database setup it could be worth investigating the tools of Percona. 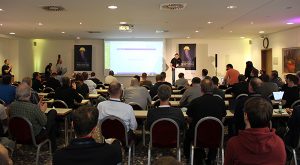 Bram Vogelaar did not only talk a little bit about his story down the rabbit hole of overengineering his personal website (he reaches Docker in the first half!), but also shared his thoughts about the profession of the monitoring admin itself in „Gamification of Observability„. Compared to other professions (doctors, fireman and plane pilots) the IT world commonly lacks the structured approach that those professions have developed. For most operations people, there is no training for disasters and the recovery process, no analytical, structured approach to problems and no checklists to avoid human failures caused by repetitive and boring tasks. While many people might agree with this criticism and might be willing to implement such approaches and develop these technics, he sadly forgot to mention where administrators should find the time and personel. 🙂 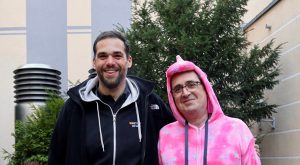 The last presentation of the day was Bernd’s talk about the „Current State of Icinga„. He talked about new features, planned releases, upcoming events and the new Icinga brand. He presented the changes directly in an almost frictionless live demo.

This is only a small representation of the first day and it should by no means give the impression, that the other talks might be less significant or interesting. For me today there is neither the time nor the space here to fully reflect on all of them, so we might leave it at that. Watch them in our archives, coming soon after the conference!

Welcome to our recap series of the Open Source Monitoring Conference 2022 (OSMC 2022) in Nuremberg. Last year the workshop and hackathon concluded the OSMC. This year three workshops will kick-off our long awaited conference. While the conference will be consecutive...