Foreman’s 10th birthday – The party was a blast 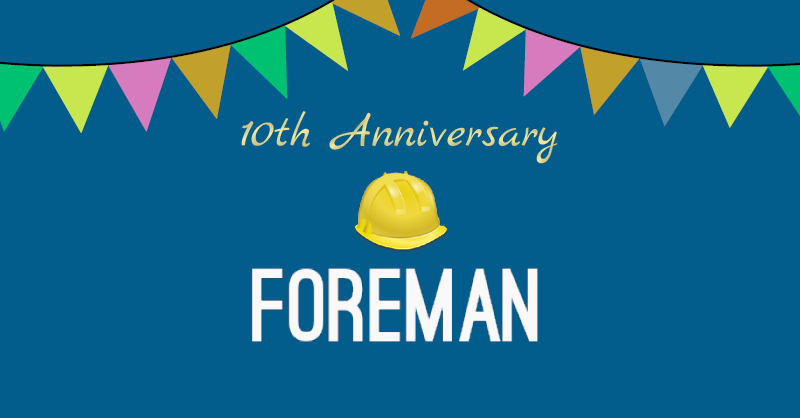 I can still remember when Greg had the idea of celebrating the Foreman’s Birthday four years ago and I volunteered to organize the German one. After two editions and with Foreman being covered on the Open Source Camp last year I asked for others to run the party. And with ATIX doing a great job I asked them to team up on this. So we have grown a great community event with the annual Birthday party.

This year was different to the ones before because we had such a big support by Red Hat. The new Community Managers showed up to introduce them accompanied by Greg who had stepped down earlier this year. A group of Product managers and consultants made the last stop on their European tour. A technical writer came over to discuss the future of documentation. And with Evgeni and Ewoud we had some recurring attendees to give a talk later. ATIX also arrived with a bus full of people. Monika represented iRonin, a company doing custom development on Foreman and I hope to team up in the future, and Timo developing on Foreman for dmTech brought a colleague. So users were slightly under-represented and the prepared demos were mostly used to share knowledge and probably because of the heat instead of hacking many discussions took place. But I think everyone of the about thirty attendees made good use of the first session. 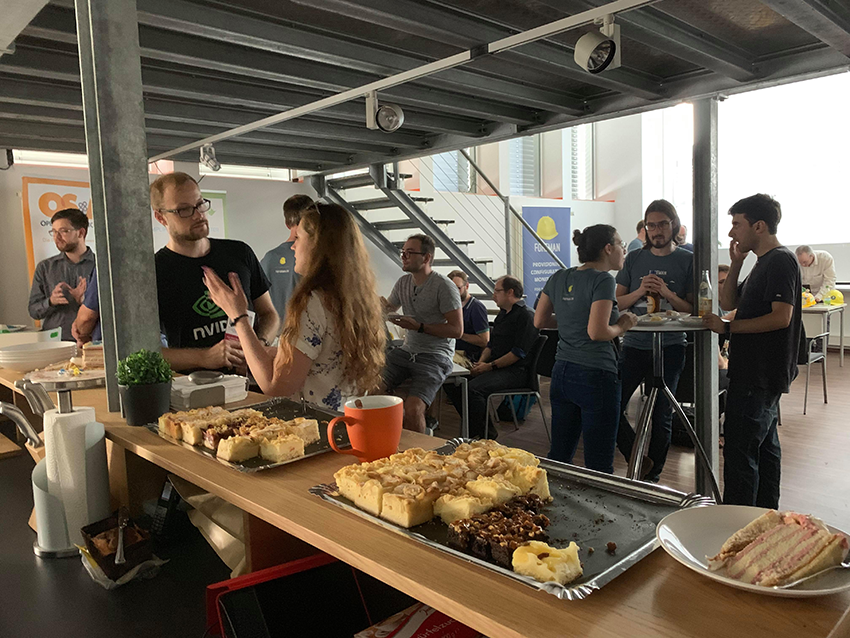 The session ended when I brought in the cake. And thanks to our Events team the cake was as tasty as good looking. A nice touch by Ohad was to insist he can not blow off the candles alone as he could not have build Foreman without the community. 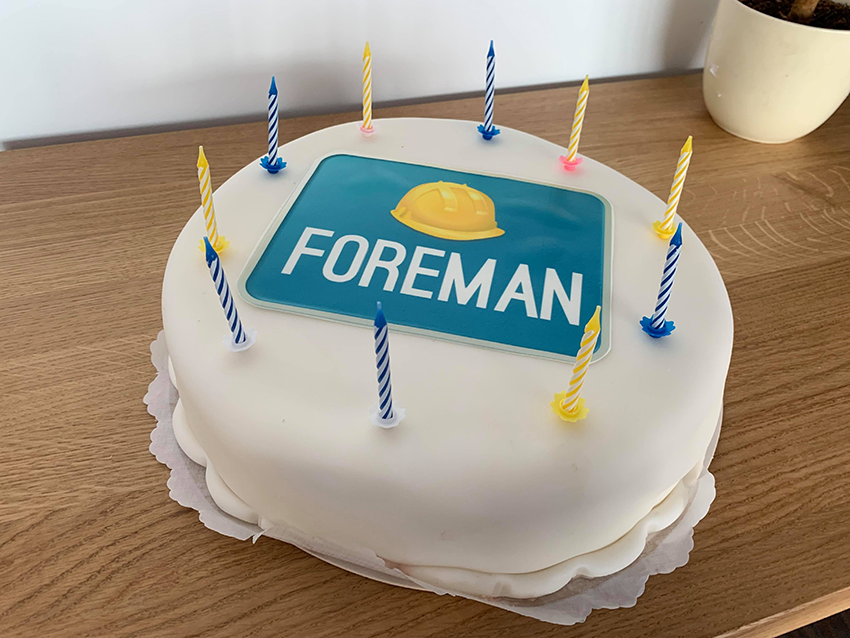 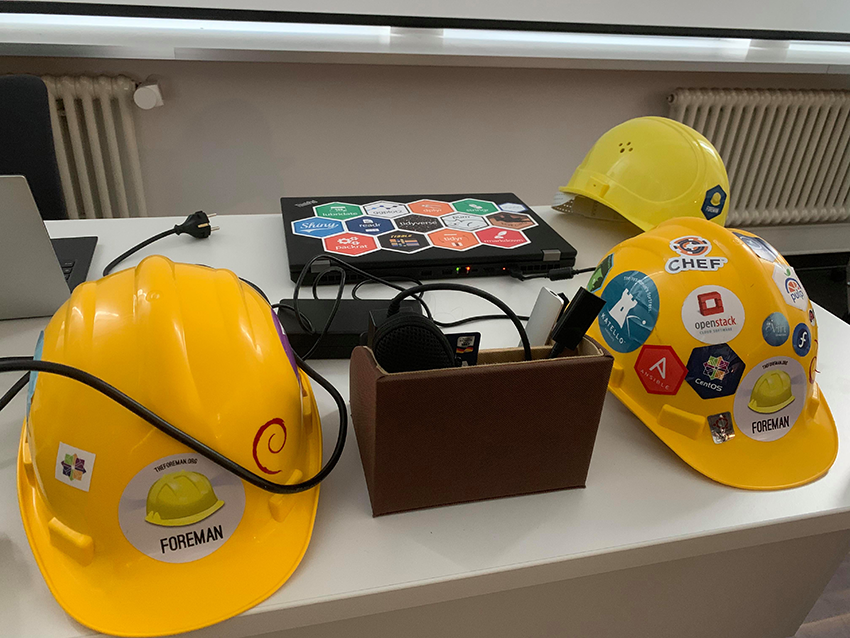 After the cake break we started with the talks and the first one was by the Community team giving us a recap of Foreman’s history, data from the community survey and other insights like a first look on the future documentation. This is really the next step to me that Red Hat is also making their Satellite documentation upstream adding a use case driven documentation to the manual which is way more technical. The second talk Quirin showcased the current state of Debian Support which will be fully functional with Errata support being added, but he already promised some usability and documentation improvements afterwards. The third speakers were Dana and Rich who showed Red Hat’s roadmap for features to add to Foreman so they will be pulled into Satellite afterwards. The roadmap will be presented in a community demo and uploaded to the community forum. Having the product managers easily available allowed the audience also to ask any question and I was excited to hear for almost all topics brought up that there is already ongoing work in the background. For example I asked about making subscription management also usable for other vendors and Rich told me he is part of a newly founded team which is evaluating exactly this.

Because of the heat we added a small ice break before starting the next talk and because of Lennart being ill Ohad entered the stage to show his work on containerizing Foreman. He explained that he started it mainly for testing but the interest showed him that expanding it to be fully functional to run Foreman and even Katello on Kubernetes could be a future way. Evgeni gave a shortened version of the talk on writing Ansible modules for Foreman and Katello he created for Froscon. It was a very technical one showing how much work is necessary to build a good base so later work is much easier. From this perspective I can really recommend this talk to all Froscon attendees. Last but not least Ewoud looked into the project’s social aspects which was a nice mixture of official history and personal moments. He also showed off the different swag the project created, ending with a t-shirt signed by as many team and community members as possible while traveling from Czech to US and back as suitable gift to Greg because “Once a foreman, always a foreman”. 😉

For dinner we had Pizza and Beer, but moved to the air-conditioned hotel bar after a short while to finish the evening. I heard people were enjoying conversation until two o’clock in the morning even when the bar closed one hour earlier. 😀

I would say the Party was a blast and I am already looking forward to next year when ATIX will be the host again. But until then there are several other Foreman related events with the Open Source Automation Day on 15. & 16.10.2019 in Munich including Workshops the day before and a Foreman hackday the day after organized by ATIX and the Open Source Camp on 07.11.2019 in Nuremberg right after OSMC by NETWAYS.