OSMC 2018 – or: The Thirteen-Star Conference 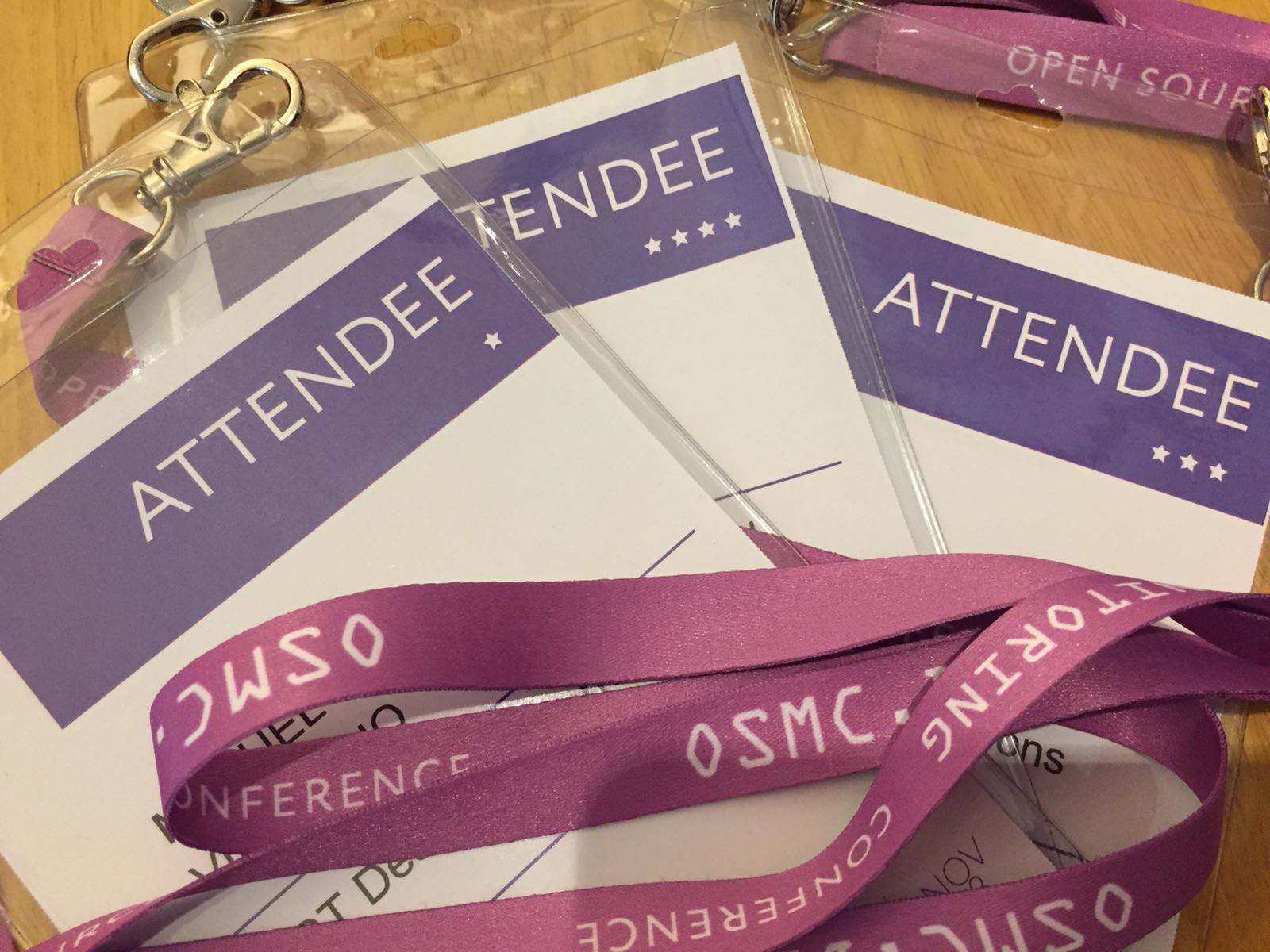 “How many stars do you have?” – Just take a look at the name tag, count the stars and you’re talking. At a lot of participants badges you’ll see a considerable number of them. Once you’ve been to OSMC, you usually come back. Why is that so? Here’s what I found out: 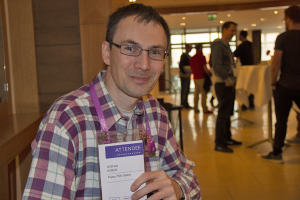 My first conversation partner is a big catch: 13 stars – 13 years of OSMC! Stefan Kublik arrived from Neckarsulm and is taking part for Fujitsu TDS GmbH. To the first conferences, at that time still Nagios, he went for another employer. He changed companies, OSMC remained. What Kublik particularly appreciates: “Many people here are working on the same problems. The OSMC is great to get an overview.” Where is the community standing? Where is the journey going? Thruk and Prometheus interest him, the products he uses himself. But Kublik also picks up on new topics and continues researching at home. What has changed over the years? OSMC has become more international, he says. Will he come again? “I have to! The series of stars can’t stop! As long as I work in this field, I will come back!” 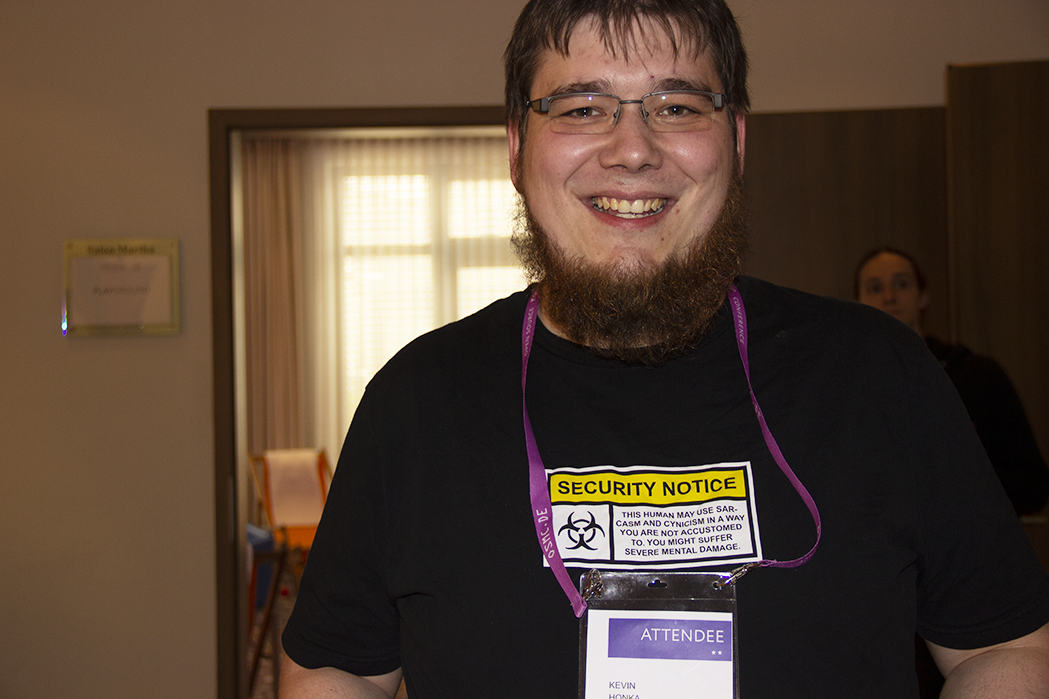 Two stars: For the second time Kevin Honka is at the OSMC. For his first he has actually been here as a speaker. “I was relatively active in the monitoring portal,” he says. And so he was asked if he would like to report about his activities at the OSMC. “Now I come to every Icinga camp and of course to the OSMC.” He is interested in Icinga, Graylog, Git, virtualization techniques… What he appreciates the most? “The people. And the food,” he says with a grin. And he adds: “I have seldom had better technical discussions. 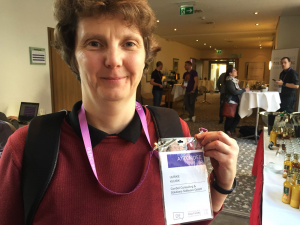 Ulrike Klusik has only been working in monitoring for three quarters of a year – but OSMC already has her! Thanks to her boss at ConSol Consulting & Solutions Software GmbH. Klusik thinks the conference is above all a good opportunity to get to know Open Source tools. Besides the ones she knows already – OMD, which they develop themselves, and OpenShift and Prometheus. “I found the lecture on Sensu very interesting,” she says, “or: Oberservability in einer Microservicewelt”. As a newcomer to monitoring, she is particularly interested in lectures on general procedures. She thinks it’s worth coming back: “It’s good to look beyond one’s own nose. Unfortunately, one often has too little time for this in everyday work.” 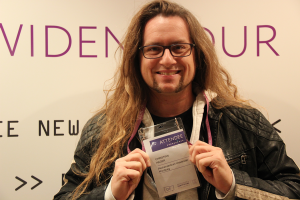 Christian Hager counts and is astonished himself: “Ten stars! “In the beginning I came because I wanted to know something about monitoring with Nagios and Icinga. Now I come for everything else,” he laughs. Smart Home, Refocus, Maps, SLA Monitoring he has joined. When I ask him what else he is interested in, he pulls out a small notebook. This man is prepared! Hager has made a plan for both days. All the more flexible he is during the breaks. “I like to sit down with people I don’t know. That gives me new ideas.” Other conferences may be bigger, but there are many more sales people on the road. “The OSMC gathers a good group of experts, and it’s easy to find specialists to talk to here.” Hager himself comes from the computer centre at the University of Würzburg. 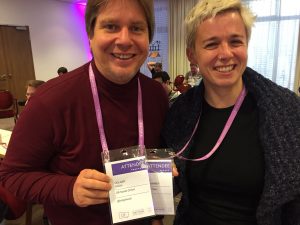 I meet Holger Koch and Gudrun Schöllhammer at a bar table in front of room Jacobi. They talk to each other. He joins for DB Systel GmbH from Erfurt, she comes from the University of Vienna. Eight OSMC stars are emblazoned on his name tag, six on hers. “We see each other here once a year,” she says – and he: “The OSMC is like a class reunion.” Unfortunately, we don’t get any further: The next talk begins. The two have a well clocked schedule. Apart from the good conversations with other admins, they are mainly on the hunt for input. Well, then I don’t want to stop them! 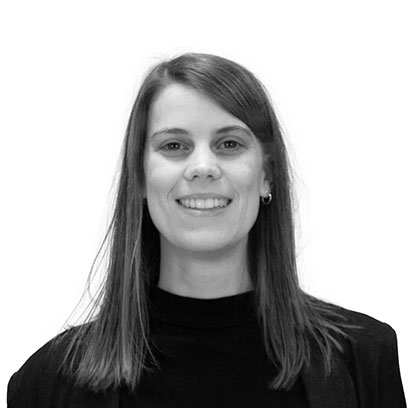 We’re still excited about stackconf 2022! Our Open Source Infrastructure Conference, which for the very first time took place in person in Berlin this year. We've had many awesome speakers on stage and one of their outstanding lectures I will present to you in the...