Foreman's 8th birthday – How was the party?

As you may remember we gave the Foreman Project another party to celebrate its 8th birthday, so now it is time for a small recap.
At 12:30 I welcomed a group of about 20 people for the event coming mostly from Southern Germany, but with Ewoud Kohl van Wijngaarden coming down from the Netherlands we had again at least one international guest. Afterwards we started with the hands-on session. This session was planned as a completely open session, so some discussions and hacking started while others played around with the demo systems I prepared. In addition to the basic setup containing several ways of provisioning, Puppet for configuration management and some plugins like OpenSCAP, Remote Execution and Expire Hosts one demo setup included the Monitoring Plugin, so Host provisioning included adding them to Icinga Web 2 Director and monitor them. Another one had added Docker integration, CoreOS provisioning and updating via Foreman’s Omaha Plugin. The third one was installed using nightly builds of Foreman and the plugins to demonstrate Puppet 5 and Ansible. The last demo was showing Katello and its Lifecyclemanagement. I think every system has created some interest but this year the most persons were interested in Ansible and Monitoring Integration, followed by Lifecyclemanagement and OpenSCAP. 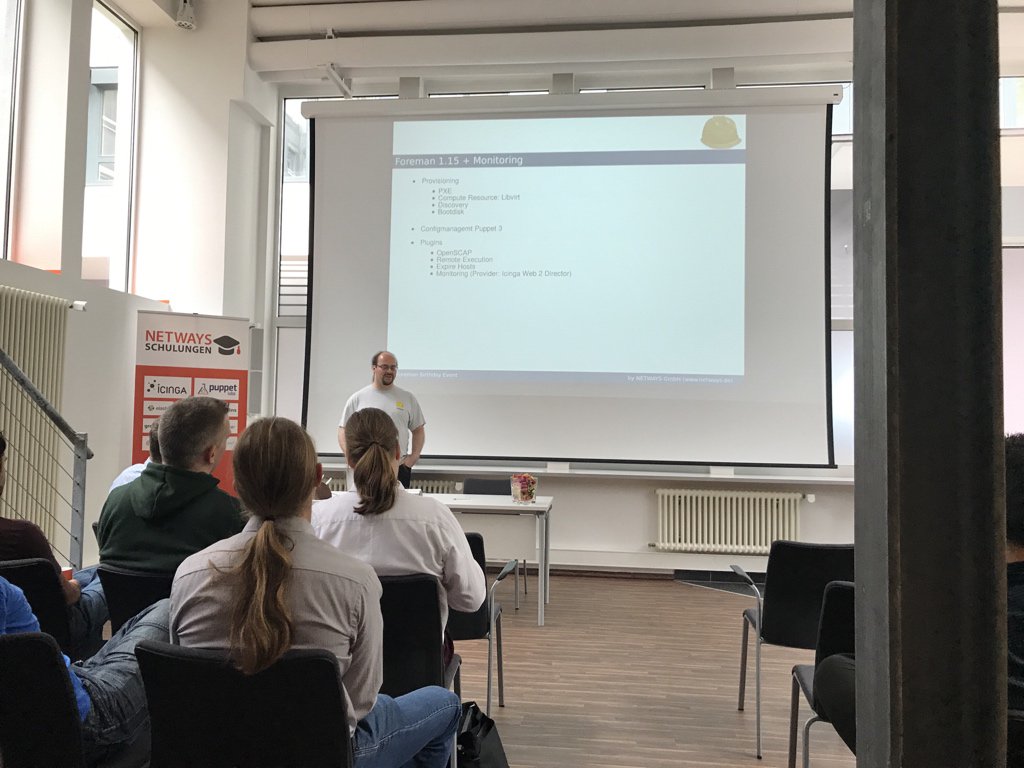 I tried to get the talks in a reasoned order, so Michael Moll started with his talk “The last year in Foreman” which gave a nice look inside last year’s development and changes and some hints on future improvements. The second speaker was Timo Goebel with “Foreman – Advanced Use Cases” who had many ideas what he could talk about from his experience at dm/filiadata, but in the end he demonstrated how to deploy a CoreOS cluster including update management via the Omaha Plugin he created. Third talk was “Refactoring Katello Installer modules” by Ewoud Kohl van Wijngaarden who is constantly improving the quality of the Puppet modules used by the Foreman, Katello and the Kafo installer. I and probably many others will be really happy when he reaches his goal to allow a distributed setup of Katello and users being capable of upgrading Foreman to Katello. Last but not least Evgeni Golov explained some lessons learned and showed possible problems he come across while migrating a big environment to Red Hat Satellite 6 (the Red Hat branded version of Katello) in his talk “Mass-Migration of 5000 Servers to Foreman/Katello with bootstrap.py”. 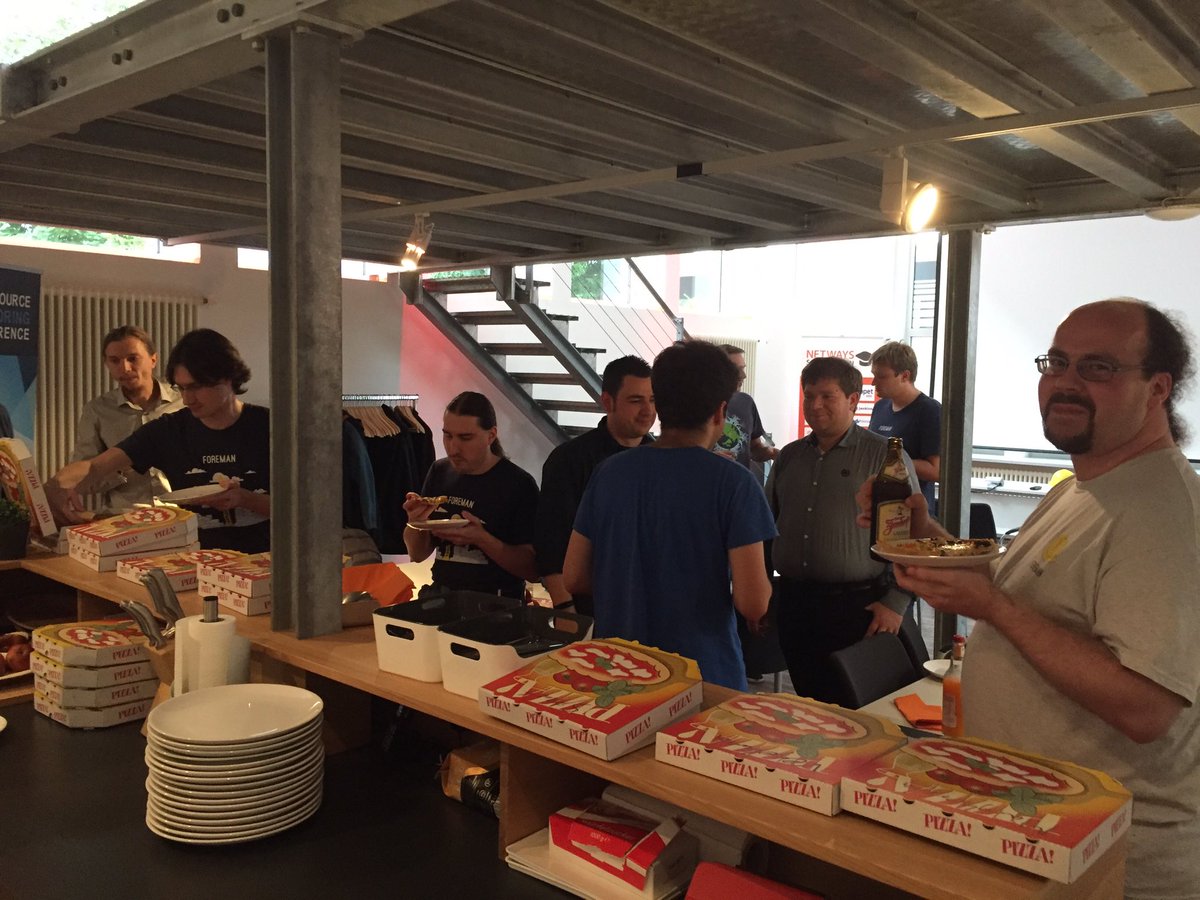 The casual part started afterwards with beer and pizza but it did not stop nice and productive discussions from going on. From the feedback I got all attendees enjoyed the event like I did and everyone took some additional knowledge and ideas with him when I closed the door 3 hours later. So I think you can look forward for next year and Foreman’s 9th birthday. If you can not wait, our next Foreman training is already end of September.